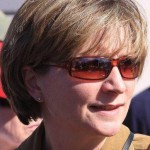 Kim has been involved in public policy and project management, especially in the juvenile and criminal justice fields, for over twenty years.  Currently Kim is a Partner with Dalferes Enterprises, Inc., a project management and public policy consulting firm.  Kim’s passion for public service includes experience in juvenile and criminal justice planning and administration, systems reform, crime prevention, government relations, resource development, grant writing and management, coalition building and community mobilization, substance abuse prevention, and addressing girls and delinquency.  Her publications include Mobilizing the Nation to Prevent Crime, Violence and Drug Abuse (CPCA annual report, NCPC, 2005 and 2006), Prevention Can Be a Priority in the Midst of Fiscal Calamity (Topics in Crime Prevention series, NCPC, September 2003) and What About Girls? (OJJDP Fact Sheet #84, September 1998).  Kim also served as the Editor of the Rural Meth Debrief, the newsletter of the Rural Law Enforcement Methamphetamine Initiative (2010 through 2011).

Kim began her career while in college, when Florida Governor Bob Graham appointed her to Florida’s Juvenile Justice and Delinquency Prevention (JJDP) State Advisory Group (SAG).  Kim served as a member of the SAG while in graduate school at Florida State University where she earned her Masters degree in Criminology in 1987.  She served as the Juvenile Justice Specialist for the Florida Department of Juvenile Justice where she was responsible for oversight and implementation of the provisions of the Juvenile Justice and Delinquency Prevention Act, grants administration program/service development, legislative liaison, and training and technical assistance.  While in Tallahassee, Kim also worked as a criminology adjunct professor.

In 1995, Kim moved to Washington, DC to join the State Relations and Assistance Division (SRAD) of the U.S. Department of Justice’s Office of Juvenile Justice and Delinquency Prevention (OJJDP).  Kim worked as the Region Chief for SRAD’s Midwest and Northeast regions and later as the Director of OJJDP’s Concentration of Federal Efforts (CFE) Program.  As the CFE Program Director, Kim facilitated the coordination of juvenile justice activities across federal agencies and directed the work of the Coordinating Council on Juvenile Justice and Delinquency Prevention, an eighteen member Council chaired by the Attorney General and consisting of representatives from nine federal agencies and nine practitioner members.

In 2001 Kim was hired by the National Crime Prevention Council (NCPC, home of McGruff the Crime Dog®) to serve as the Director of the Embedding Prevention in State Policy and Practice initiative, was appointed National Director of the Crime Prevention Coalition of America (CPCA) in January 2004, and became Managing Director of NCPC’s Constituency Services division in March 2006.  Kim’s work as Managing Director included her continuing to serve as the CPCA National Director and supervise staff with responsibilities for CPCA, and to also manage NCPC’s government relations, training, and conferencing (including the National Conference on Preventing Crime).  Kim’s duties included budget and contractual negotiations, congressional and federal agency activities (including appropriations requests), federal legislation tracking, policy review, and representing NCPC for various external relationships. Examples include the staff lead for NCPC’s National Watch Groups Summit (conducted in May 2007 in partnership with US Departments of Justice and Homeland Security) and serving on the Board of Directors for National Safe Place®.

For further information, call Kim at 703-624-4549 or send her an email at kim.dalferes@dalferesenterprises.com.